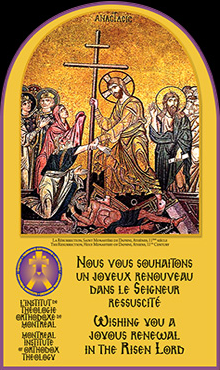 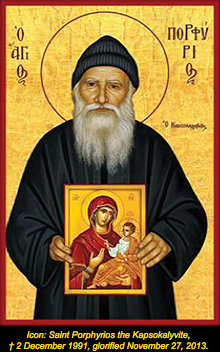 In Canada and around the world, Orthodox Christian communities face great challenges, whether it is living side by side with Orthodox communities of different ecclesiastical jurisdictions, generally subsisting as a religious minority in the West, or trying to specifically maintain one’s Orthodox cultural heritage in the context of the secularized and secular space dominating much of society. Even in countries with a strong historical connection to the Orthodox tradition, such as Russia or Greece, the place and role of the Church are frequently the subject of lively debate, where theology is often linked to broader issues in the social and political realms.

Unique in Quebec, the undergraduate and graduate programmes in Orthodox theology described herein are designed to prepare individuals to become more involved with their parishes and to be able to participate with discernment in the major debates surrounding the Orthodox Church. Moreover, the courses are approached from a panorthodox perspective, taking into account the diversity of the various Orthodox Christian communities throughout the world which often share the same geographical space in the West.

Anchored in a contemporary setting

The course subjects emphasize contemporary issues in the context of the West and beyond, encompassing amongst other things:

✚ A panorthodox theological education which draws on professors and scholars from various Orthodox jurisdictions;

✚ The promotion of careful reflection on the challenges of modernity; and

✚ A focus on new topics related to the presence of the Orthodox Church in the West.

Not Only for Orthodox Christians!

The Orthodox Church is often considered to represent most faithfully the spirit of the early Church. For that reason, the programmes are also aimed at persons of any confession or age who, though not Orthodox, are interested in the Orthodox tradition, its theology infused with a mystical dimension, profound spirituality, its remarkable progression throughout history, religious  culture (icons and music), all while benefitting from the expertise of Orthodox theologians.

Courses Offered in Montreal by the Orthodox Theological Institute of Montreal

The bilingual programmes are offered on a part-time basis in Montreal. Courses are usually held in the evenings and are delivered by the Montreal Institute of Orthodox Theology. The courses recognize the diversity of the student body, which mainly encompasses adult learners who have graduated from university many years ago or simply never got to benefit from a university-level education. The Institute represents the culmination of a project of university education in Orthodox theology that began in 1998 in partnership with the then Faculty of Theology, Ethics and Philosophy of the Université de Sherbrooke. Affiliated to the Faculty of Theology and Religious Sciences at Université Laval since 2015, the Orthodox theology project in Montreal continues to develop and evolve according to the needs of the community, reinforced with a great number of graduates and friends throughout the years.

The list of courses for the academic year 2019-2020 is available here.

The 2019 Colloquium was very successful.  Thank you to all the speakers and participants.

Our very own Elias Fonseca was recently ordained to the diaconate. Axios!

The OCW is an organization of women from diverse ethnic backgrounds who want to learn more about their faith by sharing common experiences, knowledge and concern about our troubled world today.

Each conference focuses on different aspects of our faith.  Information for this year’s conference is available here.